1. Balor of the Evil Eye
2. Anú’s Retribution
3. The Light the Dark and the Endless Knot
4. To Rule Was Preordained
5. Morrigan’s Domain
6. After the Fall
7. Release the Spirit Within
8. Plague of Ages

1. Balor of the Evil Eye

Manipulating Earth’s magic without giving in return
Consequences most dire, making even powerful men squirm
Mankind is forever the vermin infesting this world
Feel the sheer rage of Anu’s retribution unfurled.
Eruption in the air – water cascading
Tilting of the land – mountains toppling

Global destruction, unprecedented scales
Disasters as natural as lady Anu’s reign
Man has sown seeds of poison everywhere
Time for Anu to reap is now close at hand.
Cleansing her domain to prepare for millenniums new
Survival solution, all diseases must be cured
The elements always harken to Anu’s call
Vengeance belongs to Earth, Wind, Water, and Fire

3. The Light the Dark and the Endless Knot

The light and the dark, a marriage eternal
Sundrenched, exultant, darkclad yet infernal
Chaos or order, evil or good
Definitions abound, clear cut yet confusing

Give way to instinctive urges
Alter ego wells within
Reaction to the conscience
A force too powerful to deny
Try to pacify the rage
Darker side is part of you
A device for your survival
Essential, not altogether evil

Ofttimes I dance in the light
On occasion I stalk the dark
Light and dark, day and night
My soul enshrined, dual delight

Who can say what is light and what is dark?
Mankind perceives life to satisfy his own desires
Yet, the wheel turns, the seasons fall And unabated the knot continues it’s
Endless journey
Of life and death

4. To Rule Was Preordained

Responsibility is the last thing on his mind
Identity crisis enforced by his peers
Got to run away to save freedom of choice
Cheating destiny to alleviate leadership fears
Wasting time to sate his selfish desires
Disconnecting all ties with what has went before
Not one man will die under his command
Constant dilemma, chilling to the core
And by an amazing twist of fate
All paths lead to destiny
Irreversible situation arising
No honourable man would flee
He was birthed beneath a waxing moon
Beltaine’s festival of fire the time
The wise and holy men proclaimed
That all the signs were prophecied
To rule was preordained
Written in the stars
To rule was preordained
Magic in the air
To rule was preordained
Born to reign
To rule was preordained
Born to rule
Enforced training from his youth
Time to face inevitable truth
To be the fire attracting the flies
His enemies come and many will die

Black I’d the Morrigan on this plain
Dark is her aspect, no remorse or shame
Washer at the ford for those who can see
The crone and the hag, goddess trinity

Goddess of war, denizen of death
Seeker of souls
She awaits your last breath…

Nightmare visions, choked with the bodies of the slain
Rivers run red, ravens alight on mounds of lifeless forms
Feasting horribly on carrion and broken bones
Once proud men, someone’s sons and brothers all

Wherever they go, civilization will grow
Enlightened thoughts, pupils to be taught
Figures of awe, deities to be
Chosen emerald shore, De Danann roar!!

7. Release the Spirit Within

Come sit with me
In this circle of stones
And dream
Journey with me
Hear the leaves they rustle
See but cannot really see
A presence in a dependent slumber
Alike a door without a key
Seeking, searching
Doubt an emotion I now leave behind
Seeking, searching
Fear an emotion I no longer comprehend
Music primal and soaring
Drumbeat of the universe
Eerie cosmic winds singing
The sighing of unborn stars
Focused to the ultimate point of trance
I march to the tune of eternity’s dance
I navigate my own flight
Engrained thoughts, my insight
To leave behind my earthly shell
Delve deep within my depthless well
Flying through the astral plain
Unsure if you’re insane
Echoes from the world of man
Dizzying distortions of space and time
Time has no meaning anymore
Begin to forget from whence you’ve come
Allow true power of thought to create
That which is reflected in your hear
I was the seeker
MAny paths I have thread
I know now reality
Not what I’ve read
I am the master of my own mind
I am the master of my own destiny

There are many nations in this wide wide world
There are many religions in this wide wide world
Some people they worship, and others they do not
Some worship in private, others ram it down your throat!!
The waste is so terrible which has eaten at our hearts
The land has been tarnished, old beliefs have been robbed
Religions of past millennium, mythomania and fear Replacing ancient deities
With their false gods
A thousand witches died
So they burnt ten thousand more
Heretics become fair game
Anointed in their own blood
No rhyme or no reason
For their self obsessive beliefs
Utter contempt to their faith
We’ll neither forgive nor forget
They spread their disease throughout many a nation
With their silvery tongues, they established their lies
The life that was noble, so fierce and so proud
Has been stolen from us, truth and honour denied
Brainwashed of the Nazarene, zealots of Islam
Believe or be damned, obey the great scam
Plague of the Ages, decaying man’s soul
Eternal stagnation, their selfish goal
Are you the one to obey the great scam??

The Irish Pagan inspired metal act who if you recall had a rather fine album released through Century Media in ’98 titled ‘Reawakening Pride once Lost’, and then disappeared due to Label disagreements and the in house shit that disheartens many a band. The tin whistle was a trademark novelty that enriched the debut album which was criminally ignored at the time. With this new release the Tin whistle is used to good effect and basically makes the sound easier to distinguish. The pagan atmospheres are less effective and overall the sound is more a mid-paced death metal dirge with grizzled guitar riffs occasionally hitting an up-tempo romp only to withdraw back into the coarse comfortless mood that saturates the album. There are clean vocals mixed with the harsh that remind us of the bands past and yet the production whether imposed or inadvertently acquired is entrenched in those early Peaceville days. The gelid docility of early Anathema and My Dying Bride emanates throughout and is broken only by the bands own brand of folk influences. I think this album is a couple of years to late to have the impact it deserves but original and refreshing it can be at times and it’s an album that needs a few spins to break through the initially phlegmatic material. Once though you’ll discover a solid pagan metal release. 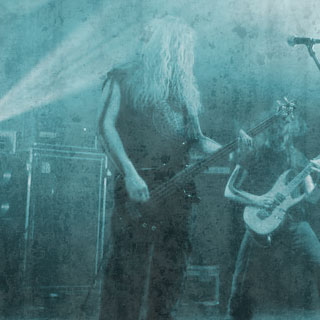 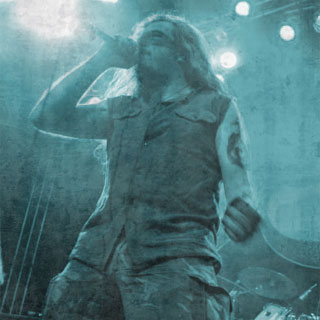 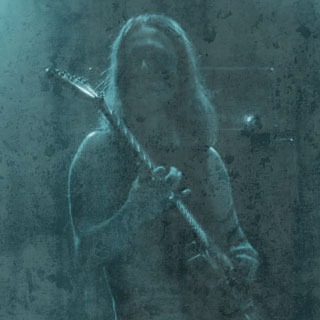 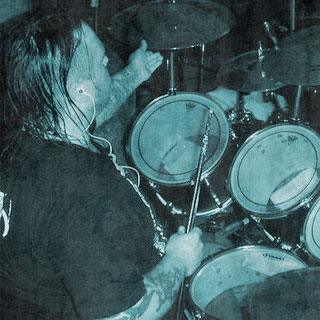 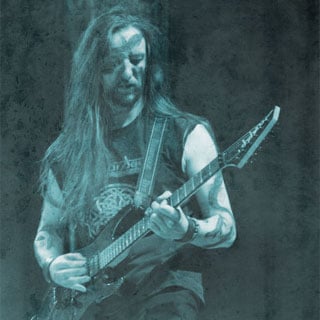 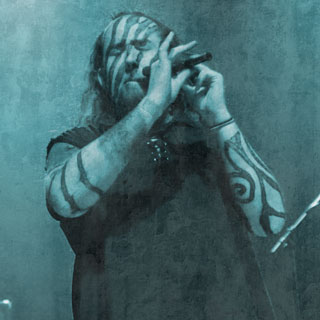