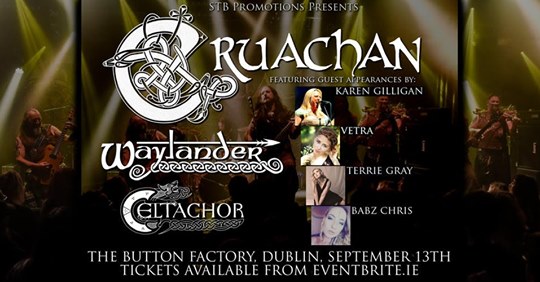 Joining Cruachan for this show are two of the greatest Celtic Folk Metal bands around: WAYLANDER have been going for many many years and have just released their new album ‘Eriu’s Wheel’ to huge critical acclaim. CELTACHOR have been making a name for themselves for quite some time, now they are a signed band and found regularly on the touring circuit.